It’s now the first week of June and the build up for the Donegal Rally is in full swing. The Rally had it’s press launch at Hegarty’s Garage in Letterkenny this week and we have covered that with a more formal approach in this week’s Irish Notes. On a lighter note, we couldn’t ignore the efforts of ‘The Rally Band’ – aka ‘Off the Kuff’ – with their marvellous little musical tribute to the Donegal Rally. Without giving too much away, have a good look and listen as the band tells its own story of the Donegal Rally, helped along with some “wanna be” rock stars, dancers and players! Only in Donegal – Fantastic. 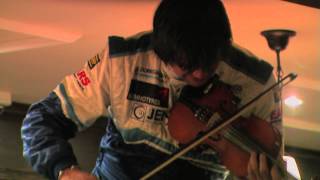 Here are the full details and credits of the people behind this stroke of Donegal Mastery.